Today, the president of the Basque Parliament, Bakartxo Tejeria, welcomed a committee of MUN Bilbao at the headquarters in Vitoria.

The students from Ayalde and Munabe, along with Nicola Dignum the director of MUN Bilbao and Antonio Lopez the director of COAS, the educational group which is promoting this activity, explained to the president the history of MUN, what is involved, the role that students play in the organization of a conference and how MUN Bilbao itself started.

The president was particularly interested in the skills that the students developed whilst organizing this activity. Antonio and Nicola explained to her how interesting it was to have this activity as part of the curriculum as it allowed the students to communicate fluently in English whilst developing skills such as analytic and creative critical thinking, team working, respectful behavior, developing interpersonal relationships at an international level as well as gaining knowledge of different countries and problems.

The meeting lasted 40 minutes and afterwards, there was a visit to the Parlimentary salon.

This is Sec Gen with hopefully helpful tips for MUN.

For those of you who this is your first conference, you may find this helpful or somehow calming. You may even find self-assurance in this.
And for those of you who have been through this before, I am sure you will relate to some.

So here we go with the tips to make the most out of the conference and enjoy it to the fullest:

1-. Do your research. It may seem obvious but the more research you do, the more you know about the topic and the more confident you will feel to participate, which takes me to tip 2.

2-. Be confident and take part in the debate. Some delegates are really experienced and may seem intimidating during debate, but you know your topic so feel confident and stand out.

An interview with our Sec Gen, Christina Connell, is now up on YouTube! Go watch it for a guided tour of Ayalde while she reveals her experience in other MUN conferences, what she likes the most about Bilbao or the process of creating a conference.

On Saturday 22 October, eleven students from Bachiller travelled over to Croydon, England with Nicola Dignum and Beth Boyle to attend the 35th IMUN conference at Royal Russell School. Approximately 500 students attended from schools from thirteen countries. One of our students was chairing a committee, one was the Registrar in the International Court of Justice (ICJ), one joined the RRS Press team, four represented Germany and four represented Australia. 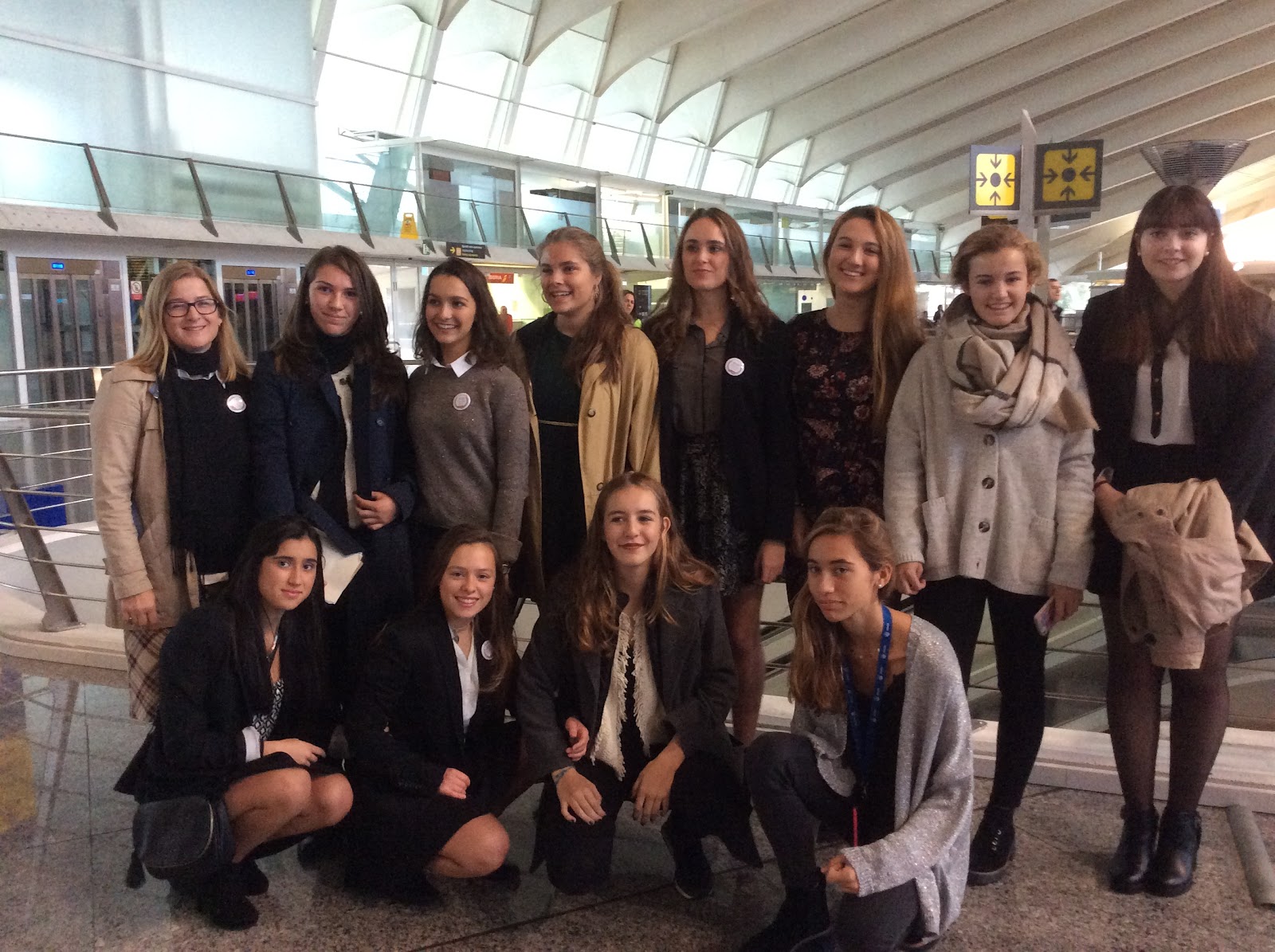 The students worked very hard to prepare for the conference, writing resolutions on topics such as organ and tissue donation, the elimination of racism and racial discrimination, addressing conflict minerals in central Africa, political refugees from Syria and Iraq, combatting plastic pollution in oceans and measures to promote microloans to increase economic growth in LEDCs.

All the students had to make a Policy Statement in their committees and the Ambassadors had to make a speech in the opening ceremony. During the general assemblies, all the delegates were able to make Points of Information and/or speeches in favor or against resolutions. Photos and video links can be found on our Facebook page, MUN Bilbao.